This article appears in the issue no. 19 (July 2020) of Mediterranews magazine

At the beginning of the 1900’s the airboat was invented, although it is unclear where and how it all started, it is true that the first ones were completely different from the modern ones. A collection of trial-and-error lead to the actual configuration: a flat bottom, the pilot situated in an elevated position, the engine on the back, and the propel protected by a cage.

Some records suggest that the first uses of this kind of boats was in a military context, but in the 1930s and 1940s they started getting popular in Florida, USA, by people living around the Everglades. Here, people saw a great advantage as they allow navigation through shallow waters, letting them to have access to places they couldn’t arrived before or that required lots of effort to get in. 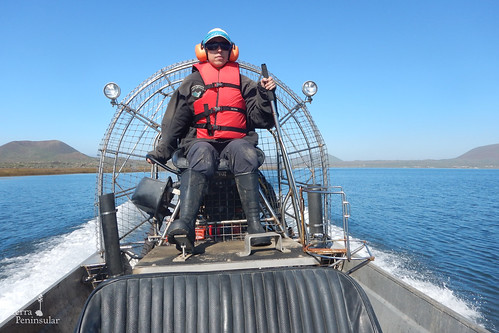 But what is an airboat?

An airboat is also known as fan boat o swamp boat. The main characteristic is that it is smooth and flat at the bottom. The range of the length is about 3 to 14 meters, and 2 to 5 meters wide, it can weigh between 300 to 10,000 kilograms. The average airboat is 4.8 meters long, 2.4 meters wide, and propelled by two or three propellers that are powered by an automotive or aircraft engine at the stern, allowing them to reach speeds up to 80 km/hr. In order to use it in a safety way, certain security equipment is required like lifejacket, safety earplugs, and helmet, just to mention. All of the safety regulation depends of the country. 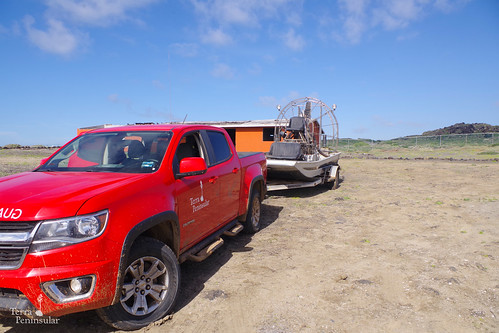 In the field, airboats are known for being noisy and creating strong winds behind them, but because of their flat bottom, they generate less disturbance at the bottom of a lake and at the water surface, making them a good option for obtaining measurements in shallow waters (Yutaka et al., 2011). Nowadays, they are very popular in the USA, especially in Florida and Alaska because they can traverse remote wetlands areas that are not accessible by foot or by conventional boats. In fact, they are capable of navigating in mudflats, mud banks, gravel bars, and scrubs.

Due to this characteristics, the use of the airboat is relevant for conservation topics. For example, in 2011 some researchers used a kind of airboat to mapping water quality in shallow water in Hokkaido, Japan. They measured parameters such as temperature, pH, dissolved oxygen, conductivity, turbidity and chlorophyll.

The airboat is considered an excellent tool for many kinds of surveys, one of them is the marsh and bird surveys, because they can arrive at remote zones and increase the study area (Liu et al., 2009; Davis, 2012). 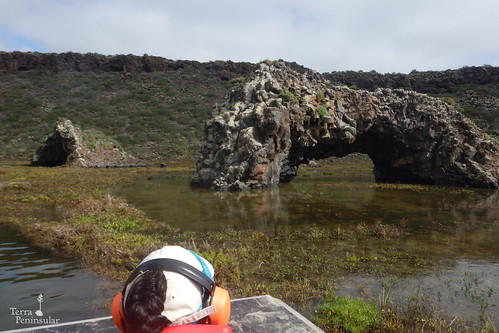 In Alaska, the US Forest Service uses airboats on the Copper River Delta (a Western Hemisphere Shorebird Reserve Network site) for crew transport, shorebird and bald eagle surveys, and for some aquatic plant surveys. Airboats allow access to the extensive mudflats and tidal sloughs located there. There are seasonal restrictions on airboat use on the Copper River Delta, with airboats prohibited on vegetated uplands from May 1 to August 31 to protect nesting habitat and vegetation during this period.

In the case of birds, there is not a standard reaction to its presence. Several factors contribute to the way birds react. The level of habituated to the presence of humans and other boats as well as the season or if birds are mating, nesting or eating are factors that will affect their reaction.

Several studies have been done to establish the flushing distance of birds, but it has been concluded that there is no rule that could allow us to establish a specific distance. Nevertheless, it is important to monitor the way wildlife reacts and to establish a conservation management plan in which buffer zones are implemented, as well as seasonal use in case it is necessary and appropriated (Roadger and Schwikert, 2003). 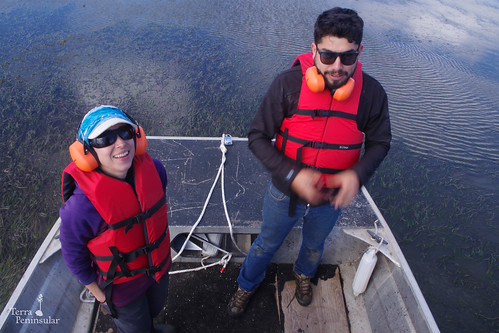 As we can see, as any vessel or boat that is used in a pristine zone, it is imperative to establish a management plan that will allow controlling and minimizing the impact that it can have on the ecosystem. Respect places that wildlife uses and establish rules, zones and seasons to navigate in the water as well.

In 2018, Terra Peninsular received an airboat as a donation from the US Forest Service International Programs and the US Fish and Wildlife Service. This boat will allow us to do our job efficiently and, in less time enabling us to move around the bay, its wetlands and channels with the main goal to monitor water quality, seagrass density and wildlife associated to them, and bird surveys, as well as to organize water clean ups that will keep the bay clean and healthy.

At the beginning of 2020, three staff members were trained by a member of the US Forest Service in how to use the airboat safely and maintained it perfect conditions. Trained staff members will also be responsible of establishing a management plan that will assure a minor impact in the bay, the wildlife and its users. 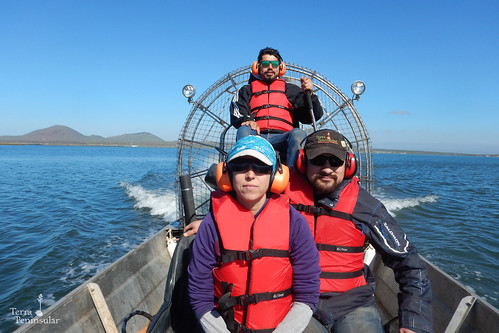